If you haven’t heard the story of Hattiesburg native Oseola McCarty, you’re not alone, but it’s time we were reminded of her kind and gentle spirit. Her quiet and unassuming actions have led to academic achievement among students across Mississippi.  Now, her story has inspired another gift from a charitable soul.

The University of Mississippi shares the following story about McCarty’s life and her mission.

Hattiesburg native Oseola McCarty’s unexpected planned gift to The University of Southern Mississippi made global news in the mid-’90s, not because it was the largest gift ever made, but because the woman behind the gift captured the hearts of all who heard her story.

In 1995, McCarty designated USM as the beneficiary of a $150,000 planned gift, forever changing philanthropy at the University. As an 87-year-old laundress who lived frugally, this gift represented the majority of her life savings. An endowment was established in her name, and to date, $568,158 in scholarships have been awarded to 113 students from south Mississippi.

Starting at the age of eight, McCarty worked after school beside her mother Lucy, grandmother Julia and aunt Evelyn. She began stashing away money she earned for safekeeping in her doll buggy. Her childhood dream was to become a nurse, but she left school in the sixth grade to care for her ill aunt and never made it back to the classroom. For 75 years, McCarty took in laundry and ironing work until arthritis forced her to stop.

“When I leave this world, I can’t take nothing away from here. Whatever I have, it’s going to be left right here for somebody. Some child can get their education, to help them along, because you can’t do nothing now unless you get your education. I don’t regret one single penny I gave to the College. My only regret is that I didn’t have more to give.” – Oseola McCarty

Over the history of the program, the number of students impacted has steadily grown. In 1996, Hattiesburg residents Stephanie Bullock (pictured above) and Carletta Y. Barnes received scholarships. In the 2019-20 academic year alone, 18 students from across south Mississippi were awarded support to pursue their educations at USM.

McCarty passed away on September 26, 1999, at the age of 91.  Her legacy is proof that what you leave behind can touch an infinite number of lives and what you do will matter for years to come.

The post $2.9 million gift to USM inspired by the incredible story of Oseola McCarty appeared first on SuperTalk Mississippi. 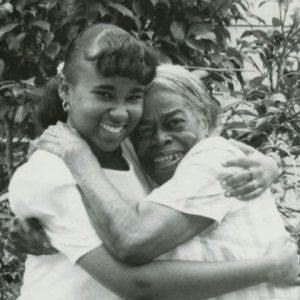