In a letter to Department of Homeland Security Secretary Alejandro Mayorkas, the ACLU is calling for the closure of 39 Immigration and Customs Enforcement detention facilities, including the Adams County Detention Center in Mississippi.

The statement from the ACLU reads as follows:

“For years, immigration detention has been used to incarcerate individuals guilty of nothing but the search for a safe place to call home. Adams County is no exception. Many people detained in Adams County are fleeing persecution. Many others were brought to the United States as children and have lived here for decades. Yet now they are subject to medical neglect, physical abuse, and the psychological torment of indefinite confinement. President Biden has already initiated an end to private prisons. On the campaign trail, he promised to do the same with private detention facilities. It’s time to see that promise fulfilled and Adams County shut down for good,” said Delana Tavakol, SMART Justice Advocate at the ACLU of Mississippi.

The ACLU is calling on the Biden administration to close detention facilities that meet the following criteria: As found by the Government Accountability Office (GOA), opened without adequate justification in violation of ICE’s own process for obtaining new detention space; in remote locations with compromised access to legal counsel and external medical care; and/or with documented patterns of inhumane treatment or conditions. The Adams County Detention Center has been selected because of all of these reasons.

Fiscal Year 2020 was the deadliest year in ICE detention in 15 years. Last year alone, we saw reports of increased use of force, solitary confinement, patterns of sexual abuse, forced sterilization, and an utter failure to protect people from COVID-19. ICE’s extreme recklessness in handling the COVID-19 virus showed the blatant disregard it had for the health and wellbeing of detained people, as well as the extent to which it was willing to lie or obfuscate to avoid accountability.

Through COVID-19 related litigation, advocacy, and the shutdown of asylum under the Trump administration, detention rates dropped to rates lower than we’ve seen in two decades. There are currently more than 15,000 people detained — this is just over a quarter of the people who were detained at the peak in 2019. ICE is currently wasting over $1 million a day on guaranteed minimum bed space that isn’t being used. The ACLU’s list is intended as a starting point for the administration to begin ending the mass criminalization and default incarceration of undocumented immigrants.

Below is the full list of facilities the ACLU is calling to shut down:

The post ACLU calls on Biden Administration to close ICE detention facilities, including one in Adams County appeared first on SuperTalk Mississippi. 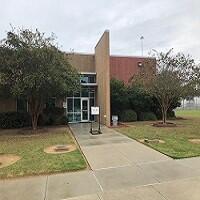