Both clubs will enjoy 120-game regular seasons, each of which will include 10 home and 10 road series. It’ll be the first time either team has suited up since 2019 as the entire 2020 season was canceled due to the COVID-19 pandemic.

“First and foremost, we’d like to thank our incredible fans for their patience and support during the last 11 months,” Mississippi Braves vice president and general manager Pete Laven said. “We are very excited to announce our 2021 schedule, signifying M-Braves baseball’s return to central Mississippi this spring.”

The home opener for the Shuckers will be on Tuesday, May 11 when the Braves make the trip down to the coast to play at MGM Park.

Check out both the Braves and Shuckers’ full schedules below. 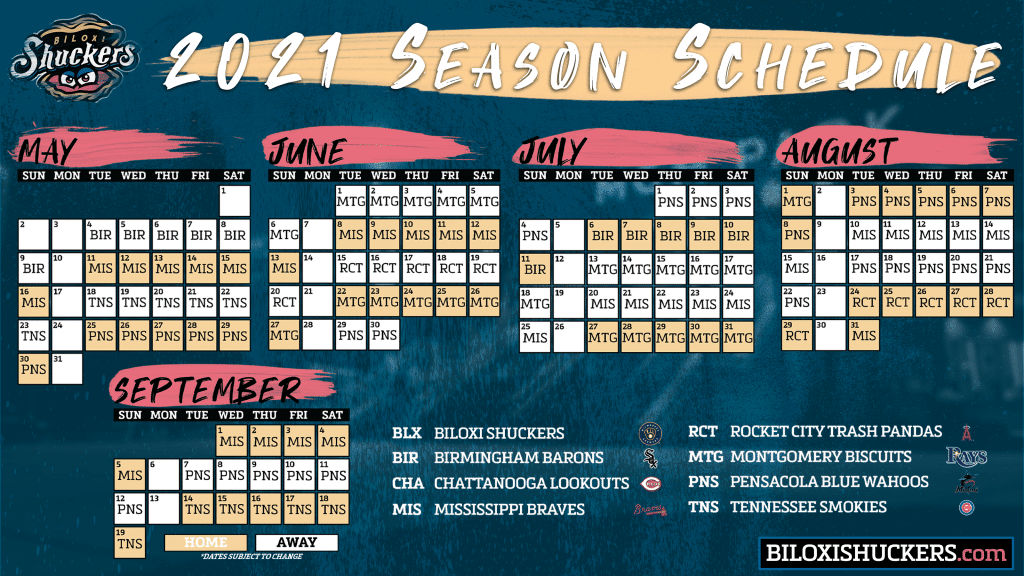 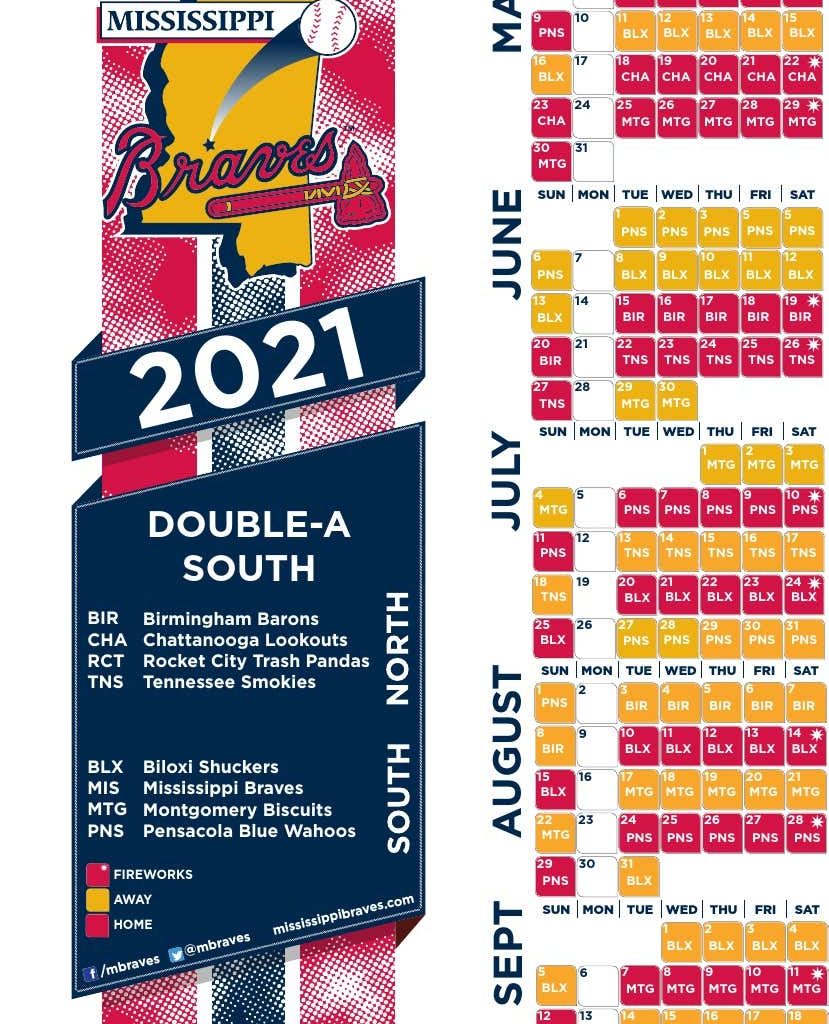