The victims of a 1980 double homicide have been identified and are linked to a suspect who is in custody in Mississippi serving three life sentences. The discoveries in the case which spanned 40 years will hopefully bring closure to those involved in the case and the families of the victims.

Authorities with the San Bernardino County Sheriff’s Department in California provided the following summary of the case.

In November of 1980, an archaeologist discovered a shallow grave in an isolated desert area which contained the bodies of two unidentified homicide victims, a male, and a female. Neither victim was wearing any clothing, nor was there any form of identification found within the gravesite.

During the investigation, investigators developed information identifying a person of interest by the name of Howard Neal, originally from Mississippi. Investigators learned Neal had been a resident in the town of Ludlow, CA, around the time the victims were killed and buried in the shallow grave. Neal lived in Ludlow with his wife and their young daughter. It was learned that Neal and his family left Ludlow shortly after the victims were murdered and buried.

After leaving Ludlow, Neal and his family traveled to Mississippi. He stayed in Mississippi for a short time and, while there, murdered his brother, then raped and killed both his 13-year-old niece and her 12-year-old friend. Shortly after those murders, Neal and his family left Mississippi and began traveling west across the United States. The homicide victims in Mississippi were discovered in February of 1981. By March of 1981, Neal ended up in Stockton, California. On March 6, 1981, Neal was arrested for petty theft and taken into custody by the Stockton Police Department. While in custody in Stockton, investigators discovered there was an outstanding warrant out of Mississippi for the triple murders he had committed. Neal was subsequently extradited back to Mississippi, and in February of 1982, Neal stood trial for the Mississippi murders. He was tried and convicted and sentenced to death. Approximately eight years after sentencing, Neal’s attorney filed an appeal based on Neal’s mental status. Testing was conducted, which indicated Neal’s IQ was low enough to indicate he was borderline mentally challenged. Based on these findings, the Mississippi Court of Appeals commuted his death sentence to three life terms, which he is currently serving.

During the months and subsequent years following the Ludlow murders, DNA technology advanced tremendously. The remains of the Ludlow victims were sent to a lab in an effort to extract DNA. After several attempts by different labs, samples were finally obtained. Those samples were entered into the National DNA database in hopes that a match would be made and possibly identify the Ludlow victims. There was no match made, and the victims remained unidentified for over 40 years.

The focus of the interview was to see if Neal could help investigators by providing them with information regarding the victim’s identities. He provided very little information; he believed the female victim may have been from Arkansas and had left her young daughter behind before she left to hitchhike across the county. He also indicated the female had what appeared to be a deformed arm. He could not remember anything about the male victim other than he looked like what he described as a “hippie.” He told investigators he picked the couple up while they were hitchhiking on the freeway. He then brought the two to his residence, where he became involved in an argument with the male. The argument stemmed because of Neal attempting to make physical advances toward the female. Neal told investigators the argument became so intense; he felt the male would probably kill him if he did not kill him first. Neal then shot and killed the male. After doing so, Neal continued his advances toward the female. Investigators believe Neal sexually assaulted her then killed her. Neal then transported the victims to an isolated desert area south of Highway 66, dug a shallow grave, and disposed of the bodies.

The following is an account of how the California victims were identified.
IDENTIFICATION OF THE FEMALE VICTIM

Christine Marie Salley (dob: 09-17-79), a resident of the State of Virginia, always knew she had been adopted and wanted to find her biological parents. In April of 2018, she hired a private investigator to assist her in locating her parents. The private investigator submitted Salley’s DNA. DNA from the female victim had already been uploaded into the GEDmatch DNA files after the victims’ DNA was extracted from her remains. After Salley’s DNA was submitted to the GEDmatch database on December 11, 2020, a match indicated a parent/child relationship between Salley and the female Ludlow victim. Investigators contacted Salley, and she provided them with her birth mother’s information. She told investigators that her biological mother was Pamela Dianne Duffey. The information was included in the adoption paperwork Salley obtained through the private investigator. To confirm the match, investigators collected another DNA sample from Salley and submitted it to the California Department of Justice Lan in Richmond, CA. Both samples were analyzed by DOJ, and in April of 2021, tests confirmed the samples matched and positively identified the victim as Pamela Dianne Duffy.

IDENTIFICATION OF THE MALE VICTIM

Christine Salle also told investigators she learned her mother, before going missing, was associated with a male subject known only as “Digger Lane.” Salley had information that Digger was serving time in a Virginia prison, and when he was released from prison, her mother was to meet him and travel across the United States. The travel plan specifics were unknown. Investigators were unable to locate any persons in any database with the name of Digger Lane. They only knew that he was incarcerated somewhere in Virginia and was possibly being released from custody in late 1979 or early 1980.

With the assistance of Virginia State Police investigators, who researched their databases, along with the estimated times of Digger’s arrest, incarceration, and release date(s), were able to pinpoint one subject that matched the criteria. The subject was identified as William Everette Lane. There was no information to indicate that William Everette Lane ever used the alias of “Digger.” His arrest reports included a listed home address in Jacksonville, Florida. Based on that address, investigators were able to locate several family members, including Lane’s biological mother. Investigators collected DNA from Lane’s mother, and the sample was sent to the California Department of Justice Lab for comparison. In April of 2021, the male homicide victim from Ludlow was positively identified as William Everette Lane.

With the assistance of the County of San Bernardino Victim/Witness Advocate, the process of returning the Ludlow victim’s remains to their families for proper burials has begun. 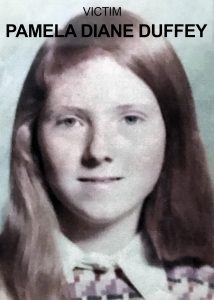