The latest installment of 2020 U.S. Census data offers some important insights for state and local leaders on how the region’s demographics are shifting and how to battle the trend of declining population within Mississippi’s borders.

Unlike the first release in April, this data includes demographic characteristics – including ethnicity, race, voting age and housing occupancy – at all geographic levels, said Anne Cafer, director of the University of Mississippi Center for Population Studies and the State Data Center of Mississippi. This latest information will be used to redraw both congressional and state legislative districts.

“While this data has significant implications for redistricting, the important take-away here is that Mississippi is losing population,” Cafer said. “We were one of only three states nationally to lose population, and current projections have us losing federal representation in the next census.”

“This new data gives us access to critical county-level demographic data necessary for local, regional and state-level decision making on how to best organize and mobilize resources to improve community well-being. This is absolutely essential to keeping our residents in the state and recruiting folks to call Mississippi home.”

While the April release indicated only a statewide population loss of 0.2%, this new data tells us how many people live in each of Mississippi’s 82 counties, as well as its more than 300 cities, towns and villages.

“This information can be used to develop targeted plans to improve health care, educational access and economic prospects in areas that are losing population the fastest”, Cafer said.

“At both the local and state levels, understanding the data and what it might mean for bolstering existing assets, restructuring services and improving quality of life is part of what we do at the State Data Center of Mississippi,” she said. “We work with local communities to understand and use publicly available data for community development.”

The new data shows that 64 of Mississippi’s 82 counties saw a decrease in population from 2010 to 2020, while only 18 counties recorded increases.

Also available in this new data are racial breakdowns for the state and counties. While whites still remain the largest racial group at 56%, Black/African American residents make up 36.6% of the state’s population, with the remaining ethnic groups accounting for only 7.4% of state residents.

This data also includes important housing information. Mississippi had a little more than 1.3 million housing units in 2020. Of these, 87.7% were occupied, with only 12.3% vacant. Across the board, the state experienced an increase not only in housing units but also in occupancy and vacancies.

Over the next several months, state leaders will undertake the task of redistricting local, state and federal district boundaries. The Mississippi joint committee on redistricting is holding a series of public hearings across the Magnolia State, seeking input from residents.

Access to the census release can be found at https://www.census.gov/programs-surveys/decennial-census/about/rdo/summary-files.2020.html. The same information also will be available on the U.S. Census Bureau website at https://data.census.gov/cedsci/ in a more user-friendly format in September.

The State Data Center will use this latest data as a tool to provide an updated state- and county-level population projection from 2025 to 2070. For more information on these releases and the new 2020 data as it relates to Mississippi, visit https://sdc.olemiss.edu/. 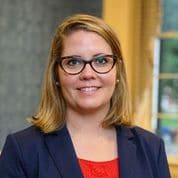