The following is an editorial written by Ricky Mathews, host of Coast Vue on SuperTalk Mississippi Gulf Coast.

It’s sometimes hard to see through all of the current noise to see the realities of racial injustice and the need for real change. But real change is needed.

It’s hard to turn the corner from holding your ground, believing you are colorblind, while seeing what’s up literally around the world about the need for change, causing you to, at least, wonder why this moment is so different. I know there are going to be a die-hard vocal minority who will retreat with increasing bitterness into the “heritage” argument. I reached that conclusion many years ago that no factual argument will turn them. But there are so many others who do wonder, who are praying for clarity and who want a friend like me to share my heart and experience… and my own growing clarity. A very close friend shared with me that in matters like this there’s no point in “bringing facts to a feelings fight.” So I will not try to appeal with facts. I appeal to your heart.

I feel for our state leaders. If they are not following events here, across the U.S. and around the world on social media with an open heart and a curious, exploring mind, they are missing what’s at the core of all of this. If they view this from the lens of a political calculus and thinking they can use past political positions to guide them, they will soon be overwelmed. As they have in the past, if they are thinking “All I have to do is wait it out and people will move on”, they will soon be overwelmed. Old political approaches will not get them through this. The negative attention coming to our state will not only damage Mississippi’s image further, but it will damage the hearts of our citizens. Already, old answers are being given: “My position is that when they want to do that, it should be the people who make that decision, not some backroom deal by a bunch of politicians in Jackson…” That’s a cop out… plan and simple. That’s not showing an understanding of the current situation. That’s giving the old answers. We need a leader to emerge… one with the courage to do the right thing.

Read these words from a 2001 Sun Herald editorial about the need for a leader to emerge back then who could make the tough choices we needed him or her to make around changing the state flag:

“For without some guidance, the debate leading up to the April referendum on the state flag may be hijacked and held hostage by the fringe elements on both sides of the issue.

That sort of ranting and raving from the extremes produces much heat — and headlines — but little if any light to guide men and women of conscience. Is there not some way, someone to unite and move like-minded Mississippians to a level of civil discourse?

This is, after all, the Hospitality State. Surely we can avoid turning it into the Hostility State in the coming weeks. But it is going to take some effort by someone willing to risk the singe of the spotlight.”

Sadly, no such leader emerged. Will one emerge this time, some 19 years later? Early evidence suggests the answer is no. But trust me on this: the “Mississippi Pain” will be so much greater this time because our leaders don’t seem to yet realize this isn’t just a conversation Mississippi is having. It’s a conversation the world is having. They don’t yet understand the old arguments won’t work this time. My goal is to appeal men and women of conscience. Will we become the “Hostility State” again?

Who will emerge as the leader in this moment? #onepersonatatime 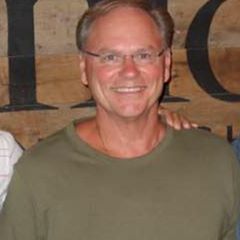