The letter comes in the wake of reports that Special Presidential Envoy for Climate John Kerry has privately pressured banks to cut off lending for fossil fuel industries.

“As a collective, we strongly oppose command-and-control economic policies that attempt to bend the free market to the political will of government officials,” the Treasurers wrote. “It is simply antithetical to our nation’s position as a democracy and a capitalist economy for the Executive Branch to bully corporations into curtailing legal activities.”

McRae said, “Cutting off lending to these industries, which are engaged in perfectly legal activities, would do substantial harm to Mississippi’s economy and could result in significant job losses. In their letter, the Treasurers committed themselves to closely monitoring which financial institutions bow to the Biden administration’s pressure campaign.”

“As the chief financial officers of our respective states, we entrust banks and financial institutions with billions of our taxpayers’ dollars,” they wrote. “It is only logical that we will give significant weight to the fact that an institution engaged in tactics that will harm the people whose money they are handling before entering into or extending any contract.”

Click here to read the letter in its entirety. 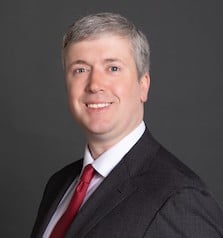