Mississippi’s U.S. Senator Cindy Hyde-Smith has joined Wyoming Senator Cynthia Lummis in introducing legislation to reinstate the right of adults between the ages of 18 and 20 to purchase a handgun from a federally licensed dealer.

The Second Amendment Mandates Equality (SAME) Act of 2021 would repeal a law that currently prevents adults under 21 from buying a handgun.Ā Under current federal law, 18-year-old may only purchase shotguns and rifles.

ōThe right to keep and bear all firearms is a fundamental right that should not be restricted by the federal government.Ā This legislation would repeal the arbitrary restriction for citizens between 18 and 20 years old from purchasing a handgun,öĀHyde-SmithĀsaid.Ā ōI am pleased to join my colleagues in this effort to protect our constitutional Second Amendment rights.ö

ōThe Second Amendment is a constitutional right, and does not treat 18-year-olds as second-class adults,öĀLummisĀsaid.Ā ōIn keeping with the Supreme CourtÆsĀHeller decision, the SAME Act would overturn our current restrictive anti-handgun statute and ensure equal treatment under the law for adults under 21.Ā Ultimately, if we trust 18-year-olds enough to defend our country and to choose our elected officials, we should trust them enough to purchase a handgun.ö

Gun Owners of America and the National Association for Gun Rights also endorsed the SAME Act.

Click here to read the legislation in its entirety. 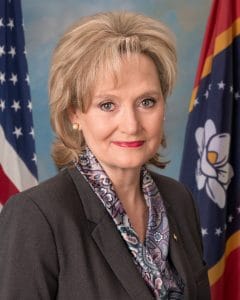