The Mississippi Senate has passed HB 1263 which makes it easier for people to move to Mississippi to work. The bill removes a bureaucratic barrier that keeps skilled newcomers from being able to earn a living.

Authored by Representative Becky Currie, this bill would allow people who already have a license in another state to more easily get one when they settle in the Magnolia state.

Today’s bill is part of a wider move to make Mississippi more business friendly and open to entrepreneurials.

“We are incredibly thankful to Representative Becky Currie, Senator Angela Hill, Senator Kevin Blackwell, Senator John Polk, and Lt. Governor Delbert Hosemann for their work on this bill,” noted Douglas Carswell, President & CEO of the Mississippi Center for Public Policy, which has been helping to drive the calls for reform.

“We spend millions of dollars trying to recruit companies to come here, but this bill is a simple, effective way to create more jobs right here in Mississippi. For too long, people have been moving out of state to work. This helps reverse that by making it easier for folks to come here and continue the pursuit of the American dream.”

Data recently released by the Legatum Institute’s Prosperity Index shows that Mississippi is the 41st most costly state in the Union in terms of occupational licensing costs.

“It is especially important that this bill passed, and that high barriers to work opportunities don’t hold back folks that want to come here to work,” Carswell explained.

Already, Arizona, Montana, Pennsylvania, Missouri, Utah, Iowa and Idaho have passed this reform, which is also being introduced in multiple state legislatures this year. 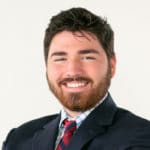