Now, that the Mississippi Department of Education has received $169.9 million for K-12 under the CARES Act, Mississippi State Superintendent Dr. Carey Wright and her team have composed an allocation plan.

“The department will keep 10 percent. .5 percent for admin and the other 9.5 percent, we are going to use for those districts that were really struggling with digital learning,” Wright said on Monday’s episode of The Gallo Show. “The rest of the money goes right to the districts.

Those numbers would mean that MDE would keep $845,000. $16,055,000 would go directly towards districts with the lowest percentage of households lacking computer devices, and $152,100,000 would be dispersed to all districts to spend with no discretion.

Although the districts can make the ultimate choice on how they want to spend the federal dollars, MDE has provided a source of advice to school districts across the state.

“We did push out a needs assessment to the districts to say, ‘here’s a way to evaluate yourself on a scale of one to five in all these areas,’” Wright explained. “At the very end, there was a calculator page that they could then populate with what they needed and that would give them a baseline.”

With the likelihood of a COVID-19 resurgence in the fall, Wright hopes districts will consider using a large portion of their money on remote learning.

“We need to plan for the worst and hope for the best,” Wright said. “If that’s it, and we’re back in this situation, then every child needs to have access to high quality learning—whether they’re at home or whether they’re at school.”

MDE is planning to get that money out to the districts within the next couple of weeks. Then, on July 1st, districts will also be receiving title money.

You can watch the full interview with Wright using the video below.

The post MDE to allocate millions in the coming weeks appeared first on News Mississippi. 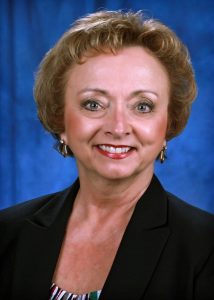