“The MDOC is committed more than ever to building upon our successes and working to achieve a safer MDOC for all stakeholders,” Commissioner Cain said Thursday. “Mr. Morris and Mr. Mills share more than half a century of corrections experience. Their records show they know how to run a prison. Both have worked their way to the top after starting as correctional officers.”

Morris had served as acting superintendent at the state’s oldest prison since late April when Marshal Turner retired. Mills’ appointment is effective with the retirement of Joe Errington, who has been superintendent at SMCI since August 2018.

Morris has worked at the MDOC for more than 30 years in several leadership roles, including most recently as a warden at Parchman, where he started his career in 1989. He left Parchman in 1990 to work at SMCI, where he moved through the ranks. He became the training director for the department in 2006. A year later he returned to security, serving MSP or SMCI as a warden over the years.

Mills has been with the MDOC for 25 years. His most immediate assignment was a deputy warden at SMCI.  His extensive experience also includes serving as a security threat group coordinator, commander, and warden.

“We look forward to working with everyone as we continue to build a safer correctional system,” Commissioner Cain said. 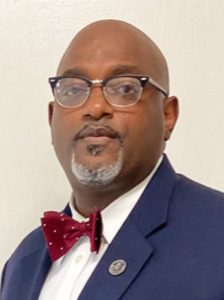