2,100 Baptist churches across Mississippi make up the network of the Mississippi Baptist Convention Board (MBCB).  As a whole, the board is calling for the adoption of a new state flag.

Dr. Shawn Parker, Executive Director and Treasurer of the MBCB spoke on behalf of the board stating, “In light of the broader circumstances related to racial tensions that have been ongoing in the country over the last weeks, and specifically, in light of the issues related to the discussions on the state flag in Mississippi in recent days, Mississippi Baptists would like to offer a voice of healing, in the name of the Lord Jesus Christ.”

Parker said, “It is our firm conviction that Jesus is the greatest ethical teacher who ever taught.  He is the most humble leader whoever led. He is the most sterling example of faith and truth who ever walked the face of the earth.  We believe His death on the cross, and His resurrection from the dead is the most vivid exhibit of His love and His truth, and therefore we follow Him as our Savior and as our Lord.”

“In light of our understanding of His teaching”, Parker continued, “this statement is offered from the Mississippi Baptist Convention Board”.

It has become apparent that the discussion about changing the state flag of Mississippi is not merely a political issue. While some may see the current flag as a celebration of heritage, a significant portion of our state sees it as a relic of racism and a symbol of hate. The racial overtones of the flag’s appearance makes this discussion a moral issue.

Since the principal teachings of scripture are opposed to racism, a stand against such is a matter of biblical morality. Jesus’ ethical teachings calls us to rise above the precepts of this world to demonstrate a higher truth.

In Matthew 7:12, He taught us to do unto others as we would have them do unto us.  In Matthew 22:39, He identified the second greatest commandment as loving your neighbor as yourself.  It is therefore apparant that the need to change the flag is a matter of decipleship for every follower of Jesus Christ.

Currently, 38 percent of Mississippi is black and many of those Mississippians are hurt and shamed by the historical symbolism of the current flag.  For those who follow Christ, to stand by indifferently and allow this to exist, is inconsistent with both of these clear teachings of Christ.

This reality calls those of us who follow the Lord to stand up to help our hurting neighbors.  The application of this stance, in part, calls for a change to the current flag in order to mitigate the hurt that its symbolism entails.

Given the moral and spiritual nature of this issue, Mississippi Baptist leaders offer prayers for our state officials to have wisdom, courage and compassion to move forward.

We encourage our Governor and state legislature to take the necessary steps to adopt a new flag for the state of Mississippi that represents the dignity of every Mississippian and promotes unity rather than division.

We further encourage all Mississippi Baptists to make this a matter of prayer and to seek the Lord’s guidance in standing for love instead of oppression, unity instead of division, and the gospel of Christ instead of the power of this world.

You can hear more from Dr. Parker and view the video of the press briefing below. 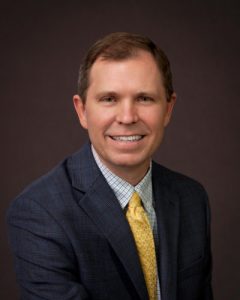