Here is what Mississippi’s delegation to DC had to say:

ďI first want to thank Mississippians and Americans across the nation for helping to overcome the pandemic.† We can enjoy a growing sense of well-earned optimism as we get back to work, back to school, and back to spending time with friends and loved ones.

ďI respect what good intentions President Biden may have behind the ideas covered in his joint address to Congress, but I believe the President has set a misguided course to expand federal government intrusion into almost every aspect of our lives.

ďI am willing to work with anyone in Congress to address these serious challenges, but I do not believe a radical, big-spending, big-government agenda will unify a nation working to rebuild from the pandemic.

ďIn his first 100 days, the President has asked for more than $6 trillion in new spending.† Thatís an astounding amount of tax dollars and debt.

ďWe should be suspicious of any Ďinfrastructureí package that spends more on Green New Deal ideas and social programs than on roads, bridges, and harbors.† We should question the wisdom in increasing taxes, eliminating American energy jobs, opening our borders, and limiting national security investments.† And I, for one, oppose anything that infringes on Second Amendment rights, expands abortion, or undermines our election laws.

ďGoing forward, I hope we will set a course correction that allows us to work together on policies that respect individual liberties and freedoms as defined by the Constitution.† In doing so, we can improve the ability of our citizens to achieve the American dream.Ē 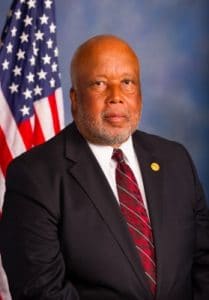 ďTonight, President Biden offered a unifying vision for America and a path forward to address the many crises facing our country. As he approaches 100 days in office, it is clear that America has the leadership necessary to live up to its promise, face these crises head on, and build back better. Thanks to the American Rescue Plan Congress passed, the new Administration already deserves much credit: the progress made stopping the spread of COVID-19 and vaccinating the American people was unthinkable just a few months ago.

ďI agree with President Biden that it is long past time that we come together to fix our broken immigration system and pass immigration reforms that are in line with our longstanding American values. Thankfully his Administration is restarting programs that get at the root causes of migration and I look forward to working with Vice President Harris on these efforts that have already shown progress. We also must protect Dreamers and help those escaping violence and natural disasters.

ďWhether it is ending coronavirus pandemic, fixing our broken immigration system, confronting Russia on cyber-attacks, or addressing the domestic terrorism threat, there is much work to do. I stand ready to work with the Administration and my colleagues on both sides to put politics aside and work on actual solutions to get the country back on track. The American people expect nothing less.Ē†

ďTonight, we heard the President speak of a desire to work in a bipartisan fashion on key pieces of legislation that would impact our country. I hope that President Biden will follow through with his commitment to work with Republicans and seek to reign in Nancy Pelosi and the Progressive wing of his party that has shown no desire to work across the aisle.

As a fiscal conservative, I am deeply concerned with the cost of the programs the President spoke of tonight. These programs would cost trillions of dollars and would require the President to raise taxes on small businesses and the middle class. These tax increases would come at a time when we are still recovering from an economic crisis caused by COVID-19.

Americans want solutions on immigration, healthcare, infrastructure, and the economy. We will only be able to find these solutions if the President follows through on his promises and begins to govern in a bipartisan fashion and not through the use of budget reconciliation and executive orders.Ē

NOTE: Responses from Congressman Trent Kelly, Congressman Steven Palazzo, and Senator Roger Wicker will be added once they become available.

Senator Tim Scott of South Carolina provided the Republican response to the President’s address.† You can watch it below. 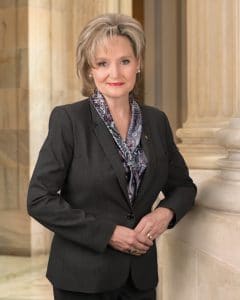