In partnership with the Mississippi Department of Public Safety, Attorney General Lynn Fitch has launched the new ëBe the Solutioní campaign aimed at combatting the rise in human trafficking in Mississippi.

Fitch and DPS Commissioner Sean Tindell urged everyone to recognize the existence of this issue in Mississippi as 241 human trafficking victims were rescued in 2019. The campaign will not only involve statewide and local agencies and private sector partners, but it extends to the public as well to ensure everyone is engaged in the fight against human trafficking.

ìIdentifying those signs and understanding that you too, as a citizen of this state, can be part of the solution is why weíre here todayÖIf you see something, say something. Because the reality is, as a law enforcement agency, we can only do so much and we can only be so many places at one time,î Tindell said asking that members of the community help to their eyes and ears.

Fitch expressed that the goal of the campaign is to ensure all Mississippians know the signs to look out for and how you can help. The agencies will be issuing PSAs, setting up billboards across the state along with several other educational components as the campaign gets underway. This includes wrapped 18-wheelers that youíll see cruising on the stateís highways featuring the nationwide human trafficking hotline – 1-888-373-7888.

ìWith a problem as big as human trafficking, it takes everyone doing their part,î Fitch said. ìThe Attorney Generalís Office is committed to putting the full force of our resources behind putting traffickers out of business and recovering victims who have been forced to live out their very worst nightmare day after day. We conduct undercover operations statewide, and they start with a tip. Together, we can be the solution.î

The campaign was announced at KLLMís headquarters in the metro area, signifying the sizable role that the stateís truck drivers have in identifying and stopping human trafficking. Because of their time spent on the road, truckers are among the most equipped to spot human trafficking. The ëBe the Solutioní campaign will expand training efforts to help them identify these situations and teach them what to do next.

Hal Miller, President of the Mississippi Trucking Association, explained that one in 12 jobs in the state is in the trucking industry. Several of the stateís major trucking companies already participate in ëTruckers Against Trafficking,í a nationwide effort to combat human trafficking, but Miller noted that this new campaign will bring additional truckers from all over the state into the fold.

Fitch also discussed the importance of developing additional resources to help victims of human trafficking and giving them the tools to re-enter society ìwithout any shame or blame.”

In recent years, the Mississippi Legislature has taken steps to further assist victims and to stiffen penalties against those convicted on human trafficking-related offenses. Last week, the Center for Violence Prevention completed a renovation of its facility which offered aid and support to 150+ victims during the past year.

This month alone, three separate operations led by the AGís office led to the rescue of 20 victims of human trafficking.

Hear more about the campaign from Fitch and Tindell as they spoke about it during an appearance with SuperTalk Mississippi this morning: 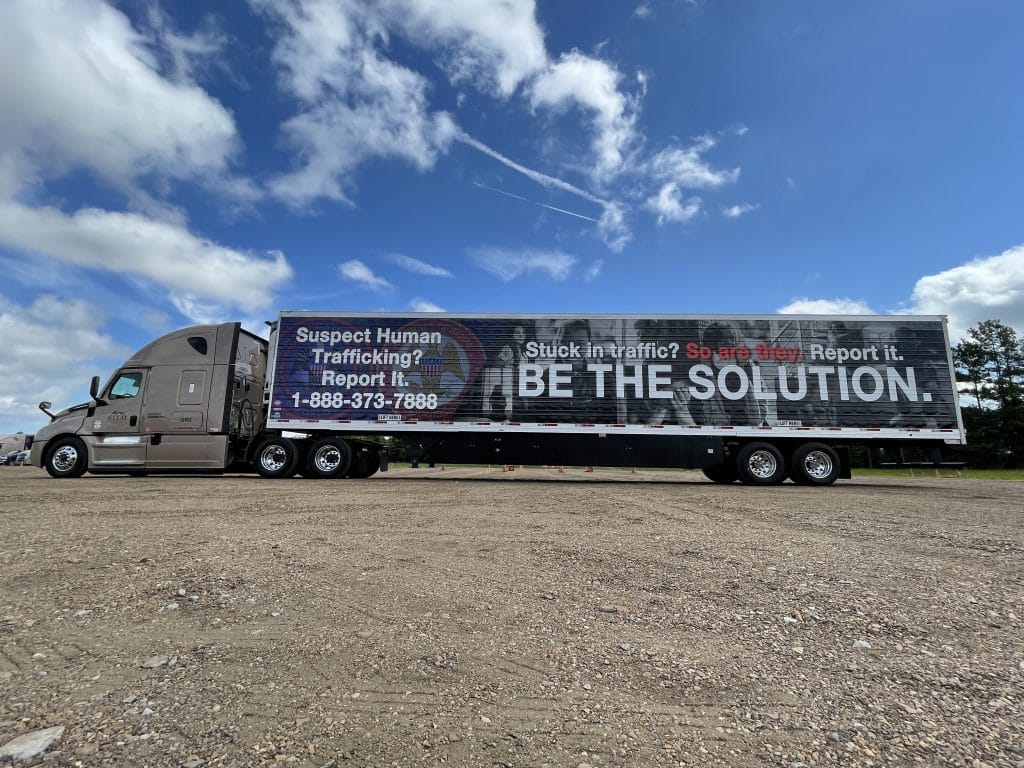