In sales, there is an old adage that perception is reality. Perhaps this same maxim could be applied to the official flag of the State of Mississippi.

Those loyal to the current flag maintain that it embodies MississippiÆs heritage and history. They reject the notion that the Confederate Battle Flag incorporated in the canton portion symbolizes hate, bigotry and white supremacy.

But that is not consistent with near universal perception.

Efforts to justify, rationalize or substantiate the controversial emblem are largely frivolous, because, well, perception is reality. That train has left the proverbial station. When debating something as polarizing as the Confederate Battle Flagģ as is the case in politics, if youÆre explaining, youÆre losing.

Persuading flag detractors to be tolerant is especially challenging considering that the emblem has been consistently hoisted by hate groups at rallies, lynchings and pro-segregation protests. And though we may suggest to others that they should not feel or react a certain way at the sight of our flag, reality is, we cannot fully appreciate the inner feelings of others. Only One can do that.

Mississippians who advocate for change maintain that the present flag divides us. Proponents of change say we should adopt a flag which will unite us and which symbolizes common purpose and ideals.

IÆm not persuaded that such a symbol exists. While a noble goal, I do not believe the flag should be changed expressly for the purpose of engendering unity. Nor are the ultimatums issued by the SEC, NCAA, CUSA or college athletes the right reason to change. Threats from public or private institutions should not drive the change.

Instead, the rationale to adopt the flag is much simpler than that and the calling is much higher, yet simpler:

ItÆs just the right thing to do.

Racism, in my view, is a state of heart and mind. Racism and bigotry are exhibited by actions and words. I know lots of Mississippians who come down on both sides of this issue. Those who support the flag should not be painted with the broad brush of ōracistö simply because of their loyalty to the 1894 banner. The overwhelming majority are God-fearing souls who simply do not like to be pushed around ¢ especially by outsiders. Conversely, simply calling for and supporting a state flag that does not contain a universally perceived symbol of hatred and prejudice does not automatically absolve one from racism. These conditions are mutually exclusive.

IÆm unashamedly, unabashedly a liberty-loving, free market capitalist. I believe in the power of individualism and the deleterious nature of collectivism and group think. Indeed, just as it is possible that support for law enforcement can coexist with denouncing and calling for an end to police brutality, so can one retain their conservative credentials while advocating for a change in the flag.

A valid concern shared by opponents of change is that replacing the flag is a slippery slope. ItÆs reasonable to worry that the change is a potential harbinger for future actions, which may be detrimental to society, on the basis that they are justified in combating racism. For example, Voter ID (which I fully support) is considered racist by critics of the policy.

Another concern is the cancel culture sweeping our country. Will abolishment/replacement of the current flag lead to more extinguishment of history and destruction of cultural artifacts ¢ even those which are not connected to the abhorrent practice of slavery?

Many have expressed objection to the legislature acting without giving the people a direct voice on the matter through a ballot measure. Reality is that we observe republicanism as a form of government, in accordance with our Constitution, whereby elected representatives make our laws. It is necessary for all of us to be engaged in the political process to understand where candidates stand on key issues ¢ especially those which evoke such interest and passions as the state flag.

In the present highly charged environment, the risks of allowing the disposition of the flag to be decided by a ballot measure at some point in the future, would be a catalyst for chaos. Numerous activist groups would likely descend upon the Hospitality State, setting up shop for an extended period, seeking to agitate, instigate and overtake our state. The tumult would garner national media attention. And Mississippi would be painted in the most negative light possible.

To those in the legislature, I respect your position that we should repeat the 2001 referendum conferring the decision to citizens. However, you have been elected as representatives of the people, by the people. You are responsible for making laws through the process prescribed by the Constitution. This matter is no exception. As political leaders, you must be confident and courageous to make the decision which is in the best interest of the overall state – even if it means getting ōyour picture taken off the wall.ö But I do not think it will. I think you will ultimately build political capital from the positive outcomes which will ensue. Especially with three years until the next election cycle. That leaves plenty of time to leverage this change.

Imagine how we could capitalize on the change to attract investment and industry into our state. We should invest in a first-class, sweeping marketing campaign to accompany and promote the change, not just a retirement/installation ceremony that fades out in 24 hours. Our state is full of creative talent who can produce a variety of collateral and multi-media content showcasing the best qualities of our state ¢ her people – in a way which dispels the misconceptions and stereotypes which persistently plague us.

The reality (but not the perception) is that arguably more racial harmony exists in Mississippi than in any other state. Having spent considerable time in other states during my lengthy business career, I say this with confidence. However, with the present flag as our national backdrop, it can be a tough story to tell prospective investors or business prospects. Yes, we have had some notable wins, but Mississippi should be an economic leader, not a laggard. We need to grow our knowledge economy, expand opportunity and increase household incomes. The present flag is an impediment.

This brings us to the critical task of selecting a replacement flag. We need to approach this with the understanding that no flag will garner universal support. Even the American flag cannot claim that distinction.

As a business leader, I consistently guided my team to strive for perfection. If we missed, we were merely excellent. The same can be achieved in selecting a replacement flag. I propose that the legislature commission a task force composed of members which align with the 60/40 white/black composition of the stateÆs population. Also, the Legislative Black Caucus should have a key role in this process. The task force will review and consider multiple designs, from multiple sources with no preconceived prior preferences. The task force would select a replacement design with a 2/3 vote. For expediency, affix a reasonable date certain to complete the task.

2020 has ushered in floods, sickness and tornadoes. Now, while grappling with a pandemic, this issue is consuming us. We have so much bigger fish to fry. As is often the case, though we may not align on policy and strategy, we are united in pursuit of the common goals of health, prosperity and liberty. Again, simple innate human nature and desires. I believe the existing flag hinders those pursuits.

I fully realize that many who read this will conclude that I have capitulated to the pressures of political correctness and other external forces. Please know that my views on this matter are forged by an alignment of heart and mind ¢ a condition which I consider essential to effective decision-making and leadership and which has guided me over a 33-year entrepreneurial career.

IÆm not a lobbyist, nor a candidate for political office. I no longer have business interests in Mississippi. My position is steered by General Douglas MacArthurÆs key traits of leadership: confidence, courage and compassion. IÆm speaking up because I love Mississippi and want to see MY state achieve her fullest potential. Period, full stop.

As the State Song says, as it pertains to changing the flag, letÆs ōGo Mississippi.ö 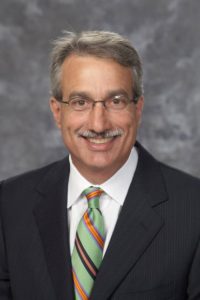