After the November elections, it is possible that Mississippi will have a Marijuana program. If you are for medical marijuana, then you must decide between Initiative 65 and Initiative 65A. So how does one choose between the programs? There are but a few commonalities between the two initiatives. Both Initiative 65 and 65A will produce a Marijuana program. The supporters of both initiatives want a program that allows marijuana to be an option to alleviate suffering.

Initiative 65 promises to keep the decision to write for medical marijuana between the patients and Physicians. However, the overwhelming majority of Mississippi Physicians do not wish to have this burden. Each day that we get closer to the election, more and more organizations are being added to the growing list of those in staunch opposition to Initiative 65. Several of these organizations are medical in nature. The American Medical Association, MS State Medical Association, MS Psychiatric Association, MS Board of Health, the State Health Department and the Board of Nursing are just a few of the many in opposition to Initiative 65. Initiative 65 will force the certification for marijuana into physicians’ hands without consulting them. There was not much medical input involved when constructing the language in 65. In fact, Initiative 65 allows the patient to use marijuana as they choose which includes smoking and vaping. Physicians are taught to do no harm which smoking and vaping both do. There are also 22 vague diagnoses in Initiative 65 that were presented before the leadership in the MS State Medical Association. Leadership not only refused to sign on but vowed to oppose Initiative 65 because all 22 diagnoses have no evidenced based research to prove that marijuana is beneficial for any of them and in fact can worsen several such as PTSD, anxiety and opiate abuse.

Initiative 65 also puts the entire Medical Marijuana program directly into the Constitution. This will give Big Marijuana, who has donated millions to Initiative 65, safety and protection from any type of litigation. Big Marijuana is hauntingly similar to Big Tobacco. The difference, Big Tobacco has been subject to much litigation due to false medical claims. With Initiative 65, the program is going to be shoved in the faces of all Mississippians without any input from them. And once in the constitution, there will never be a chance to modify Initiative 65 without a lengthy ballot initiative. Mississippians are stuck with the program even if it’s a flawed one.

Unlike Marijuana programs in most states, Initiative 65 is far more liberal. Mayors and other municipalities are concerned for their communities because unlike other programs in the country, they cannot opt out of the program. Both Michigan and California have the opt out included and most counties in those states have in fact opted out. I cannot believe that a conservative state like Mississippi would implement a policy more liberal than California for marijuana.

Also, other programs in the country allow marijuana to be taxed just as alcohol and tobacco are which provides money to the States to use on education, bridges roads and so forth. However, initiative 65 does not tax Marijuana. It charges a “fee” which then goes directly to the MS Department of Health to put back towards the marijuana program. Mississippi will not see a dime. And speaking of the MSDH, they too have had this program shoved in their faces. They will be put in charge of running and regulating the program. They do not want to be involved and are one of the organizations in opposition to 65. We are in the midst of a Pandemic unlike anything we have ever seen. The last thing the MSDH needs now is to regulate a Marijuana program. We need all resources and manpower to defeat COVID-19.

One of the most horrifying flaws in Initiative 65 is that it allows an unlimited number of dispensaries and the only requirement is that they are a mere 500ft from schools, daycares, churches and playgrounds. Big marijuana is targeting our children by offering “pot tarts,” gummy bears and “ring pots.”

So how is Initiative 65A a better option? For one, Legislators want to have the input from all Mississippians in the development of the program. Physicians, researchers, mayors, realtors, etc. will have a voice. And since a Marijuana program will affect us all, this is a good thing.

Physicians can rest a little bit easier knowing that they will have a voice. Initiative 65A gives Physicians an opportunity to look at research to see which diagnoses have scientific evidence that Marijuana would benefit. Lastly, Initiative 65A will limit smoking/vaping marijuana to those that are terminally ill.

Legislators will have community involvement when forming the program. I can assure you that our legislators will not let a pot shop anywhere near our school, churches, playgrounds and daycares.  I Initiative 65A will also give counties the option to opt out of the program should they not desire to have dispensaries in their county.

Mississippi will also directly benefit from Initiative 65A because the marijuana will be taxed and go into Mississippi programs needing more funding such as education.

And one of the most important factors that makes Initiative 65A a better choice is that is that the only thing put into the Constitution is that legislators must construct a credible program with the input of all Mississippians. The program can be modified at any time should a problem arise that was not anticipated.

Initiative 65 is not about compassionate care. It is about a billion dollar industry trying to force its way into the Constitution for profits and protection from litigation. But Big Marijuana has underestimated Mississippians. Mississippians are SMART and we can read through the lies that Initiative 65 is telling. Whether you are for or against medical marijuana, you should still vote for Initiative 65A to keep Big Marijuana out of our constitution and our state. Our kids are depending on us.

The post Op-ed: “Why Initiative 65A is a better way” appeared first on News Mississippi. 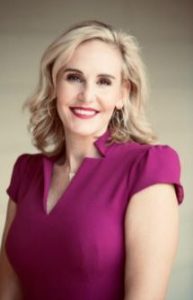