Congressman Steven Palazzo, a member of the Republican Study Committee (RSC), has signed on as a cosponsor of H.R. 322, the Save Democracy Act.

Palazzo said the bill is aimed at restoring public trust in U.S. federal elections by prohibiting and reforming existing practices that weaken security, oversight, and administration of elections for federal office.

“The goal of the Save Democracy Act is to restore Americans’ confidence in the integrity of our elections. The bill’s common-sense policies will cut down on opportunities for fraud to occur in federal elections while protecting states’ sovereignty in the process. The 2020 election highlighted serious weaknesses in the system, and our bill will ensure those shortcomings do not occur again.”

The Save Democracy Act is the countering legislation for the House Democrats’ “For the People Act,” which Palazzo says implements far-left policies that favor Democrat candidates rather than a fair and legal process. 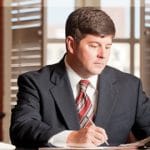