The commission, which remains three members short as Governor Tate Reeves has yet to announce his three appointees, met at the Mississippi Civil Rights Museum to begin the process of designing a proposal for a new state flag.

Speaker of the House Philip Gunn, the author of the bill which retired the now-former state flag, was in attendance and spoke to the job that the commission is tasked with.

“We need something that represents all of Mississippi, that says who we are as a people. That task falls to each of you who have agreed to severe in this capacity. We are making history here, you are making history. Whatever design you come up is going to represent this state, probably forever, so I hope you feel the weight of that,” Gunn said.

During the brief meeting, Anderson was chosen as the commission chairman.

Many Mississippians want their voice heard during the flag designing process, and to that end, over 600 submissions have been received by the Mississippi Department of Archives and History. The original deadline to submit designs was originally August 13th but it has been moved up to August 1st.

That decision was made to give the committee members more time to review the submissions. If you want to submit a design, it must follow the stipulations outlined in HB 1976 — no Confederate battle emblem and it must carry the motto “In God We Trust.”

To find out how to submit your proposal, click here.

The final proposal must be sent to the Secretary of State’s Office by September 14th. With that date less than two months away, it was explained during the meeting that the process may need to be sped up to ensure the office has enough time to get the proposed flag on the ballot ahead of November 3rd’s vote.

Speaker Gunn and Lt. Governor Delbert Hosemann appointed three members each to the commission ahead of the July 15th deadline included in the bill. When pressed on his timeline for announcing his selections, Governor Reeves said that he has been unilaterally focused on the COVID-19 pandemic.

“We’ve got serious hospital capacity issues in this state, we’ve got people dying every single day. So, while there are certainly other issues that exist out there, we will make our appointments whenever we choose to make those appointments,” he said. 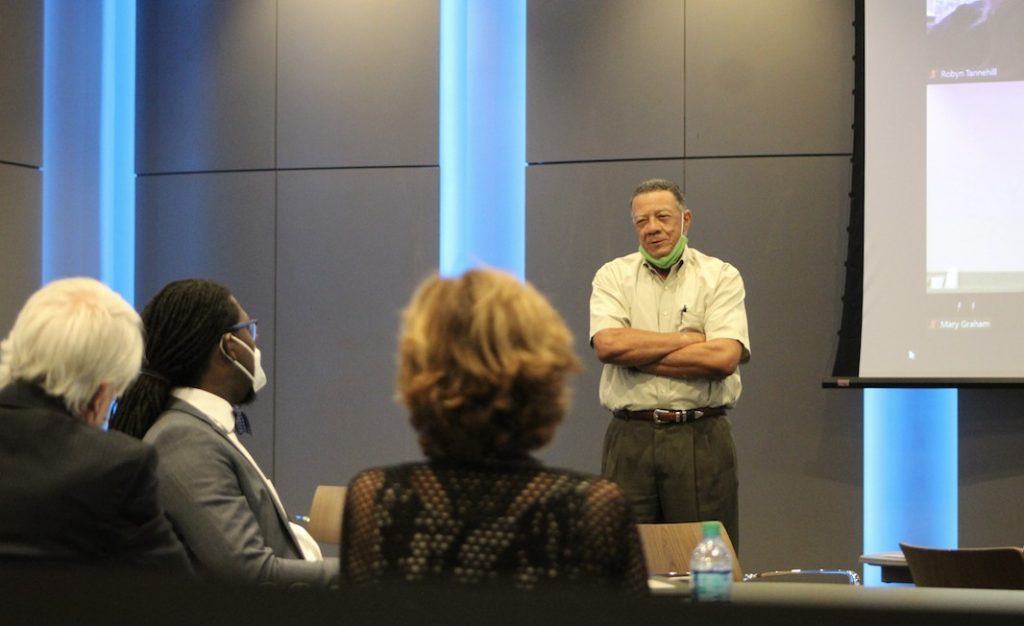