Major League Baseball is drawing a hard line when it comes to Georgia’s new voting law.

The MLB has decided to move the All-Star game from Atlanta to Denver, and is removing its draft out of the state.  Some big-name companies such as Delta and Coca-Cola are even speaking out against the voting laws.

It’s called the Election Integrity Act of 2021 and among other things, Georgia Governor Brian Kemp says the law requires voter I.D. on all absentee ballots, increases oversight of local election boards which fail to follow state election law, and provides secured drop boxes around the clock.

After the MLB made the announcement last week, Governor Kemp made the following statement:

“Major League Baseball caved to fear, political opportunism, and liberal lies,” said Governor Kemp. “Georgians – and all Americans – should fully understand what the MLB’s knee-jerk decision means: cancel culture and woke political activists are coming for every aspect of your life, sports included. If the left doesn’t agree with you, facts and the truth do not matter.

“This attack on our state is the direct result of repeated lies from Joe Biden and Stacey Abrams about a bill that expands access to the ballot box and ensures the integrity of our elections. I will not back down. Georgians will not be bullied. We will continue to stand up for secure, accessible, fair elections.”

More groups and corporations are coming forward opposing Georgia’s voting reform efforts and some Mississippians are even weighing in.

What follows is the text from a press release from The Mississippi Legislative Black Caucus:

“Laws making it more difficult to vote are especially alarming to members of the MLBC, who have seen the introduction of bills this legislative session aimed at purging the voter rolls.” Although those bills died, we view the comprehensive voting bill passed in Georgia as a signal of what is to come. Republican election reform is sweeping the country. “If we are not vigilant, Mississippi’s election process will become even more suppressive than it is currently,” said Angela Turner Ford, Chair of the Mississippi Legislative Black Caucus.

Earlier this session Caucus members introduced election bills in various forms. Bills seeking to simplify the absentee voting process, restore the right to vote and implement early voting were introduced in the senate and the house. All of these bills died in committee.

SB 2588, which sought to remove electors from the voter rolls who failed to respond to a notification card, passed the Senate with a vote of 36 to 16. HB 586, a similar measure, passed the House 76 to 39. HB 586 would have allowed electors to be purged from the voter rolls if “evidence” existed that a registered voter may not be a citizen, and the voter failed to respond to notice in writing. Each of these bills were strongly opposed by MLBC members.

“While we are relieved neither measure was forwarded to the Governor for signature, we must be prepared for the re-introduction of these and other bills that suppress the vote.” In Georgia, the business community is responding to the Georgia State Legislature’s attempt to restrict early voting. Although we do not have early voting in Mississippi, it is my sincere hope that preserving and expanding the right to vote will receive the same level of support.”

The Mississippi Legislative Black Caucus consists of fifty-three (53) members of the Mississippi Senate and Mississippi House of Representatives. Collectively, we represent 1.3 million Mississippians.

Governor Kemp stands firm on voting reform in his state and said, “Major League Baseball caved to fear, political opportunism, and liberal lies. Georgians – and all Americans – should fully understand what the MLB’s knee-jerk decision means: cancel culture and woke political activists are coming for every aspect of your life, sports included. If the left doesn’t agree with you, facts and the truth do not matter.” 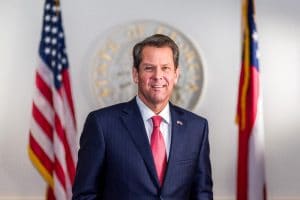