A state Senator has resigned.

After representing District 15 since 2004, Republican Senator Gary Jackson submitted his resignation to Lt. Governor Delbert Hosemann on Monday. Jackson cited health concerns as the driving force behind his decision to step away from the Senate. His resignation will be effective June 30th.

Sen. Gary Jackson is taking a point of personal privilege and citing health issues announces that he will be retiring on June 30th.

“Senator Jackson, in his most recent election, ran unopposed—there is a reason for that. He is not afraid to take a position or stand up for his constituents, but he has always done so in a way which is respectful and thoughtful while remaining a leader. His colleagues gave him a standing ovation today in the Mississippi Senate, and it was well deserved.  We are grateful for his service to our State and we wish him the best in the future,” Lt. Governor Hosemann said.

District 15 includes Choctaw, Montgomery, Oktibbeha, and Webster counties. A special election will be set to fill the remainder of Jackson’s term. 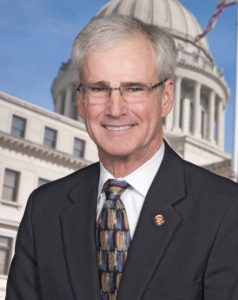