Monday, October 25th, marks the 60th anniversary of NASA’s announcement to establish a national rocket engine test site in south Mississippi. I was actually born one month after that historic announcement, so it is easy for me to keep track of Stennis anniversaries.

As construction was underway in the early 1960s, famed rocket scientist Dr. Wernher von Braun affirmed the importance of the new test facilities by stating, “I don’t know yet what method we will use to get to the Moon, but I do know that we have to go through Mississippi to get there!” Almost 60 years later, I am proud to lead the workforce that has grown into a model federal city and is once again at the forefront of NASA’s critical path back to the Moon.

Since the 1960s, the American human space program has flown on rocket systems and engines tested at Stennis. First and second stages of the Saturn V rocket for NASA’s Apollo Program were tested at Stennis, including those that propelled humans to the Moon on seven lunar missions from 1969 to 1972. Stennis engineers conducted the first-ever rocket engine test at the facility on April 23, 1966, a 15-second firing of a Saturn V second stage prototype (S-II-C). During the ensuing Apollo Program years, Stennis engineers conducted 43 test firings on 27 Saturn V rocket stages. All that were launched performed without a single failure.

Prior to the first launch of a space shuttle, Stennis also conducted tests on the spacecraft’s main propulsion test article. For this testing, three main engines were configured as on a space shuttle orbiter during flight. Beginning in April 1978, Stennis operators conducted tests by firing all three main engines simultaneously on the B-2 Test Stand to prove the shuttle propulsion system flightworthy.

As a testament to Stennis’ expertise, the main propulsion system testing at Stennis allowed astronauts to ride on the very first launch of space shuttle Columbia in April 1981. Following that successful maiden mission, Columbia astronauts John Young and Robert Crippen visited Stennis to commend employees for their testing work. “John and I got to sit back and ride,” Crippen noted. “We couldn’t even make it look hard.”

Stennis has a reputation for tackling – and meeting – such hard testing challenges. In 2018, for instance, site personnel once again demonstrated their skill, teaming with the others to conduct an unprecedented 10 large engine tests in a 240-hour period. It was a remarkable and historic test campaign.

Most recently, Stennis has conducted frontline testing for NASA’s new Space Launch System (SLS) rocket. The site has been testing RS-25 engines to help power SLS since January 2015. In 2020, it began a series of Green Run tests of the first SLS core stage, culminating with a hot fire of the stage’s four RS-25 engines in March 18, 2021. The hot fire marked the most powerful test at Stennis in more than 40 years. The SLS core stage now is being prepared for launch of the maiden mission for NASA’s Artemis program, which will return humans, including the first woman and first person of color to the Moon and help prepare for eventual missions to Mars.

Since 1999, Stennis Space Center also has been a leader and model for partnering with companies to provide commercial space flights. From 1999-2021, Aerojet Rocketdyne (formerly Pratt & Whitney Rocketdyne) tested the RS-68 engines for the Delta IV rocket on the B-1 Test Stand. A host of other companies have partnered with the site as well, including SpaceX, Relativity Space, Stratolauncher, Blue Origin, Virgin Orbit, Launcher, and Firehawk, to name a few.

For 60 years and counting, Stennis Space Center has served as a major economic force, positively impacting NASA and the Gulf Coast region. Home to more than 40 resident agencies and a diverse workforce of more than 5,000 employees, Stennis remains a unique federal city and model for government efficiency.

I often think about how blessed I am to work with some of the most resilient, compassionate, and experienced people in NASA. The Stennis workforce embraces each challenge with vigor and enthusiasm. We have proven time and again that natural disasters or even a global pandemic cannot keep us from accomplishing our mission.

Our history is rich, and our future is brighter as we continue to power dreams to the Moon – and beyond. Join us on a journey to the next 60 years!

Stennis Space Center is a federal city operated by NASA since 1961. More than 40 on-site agencies, organizations, universities, and companies share operating costs, while pursuing individual missions, as a model of fiscal efficiency. If their combined workforces of more than 5,000 employees were counted as a single entity, Stennis would rank among the Top 10 Mississippi companies in size. The site is a major economic engine for the Gulf Coast region, with an average direct annual impact of more than $625 million within a 50-mile radius. 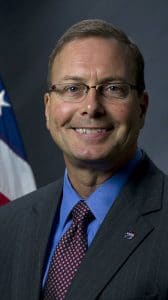