Two individuals were taken into custody, and later identified as 31-year-old Michael Arrington of Hattiesburg, and 40-year-old Robert Odom of Hattiesburg.

Odom has been charged with one count of grand larceny auto.

Additional charges are pending from the Lamar County Sheriff’s Department, in connection to an ongoing burglary investigation. 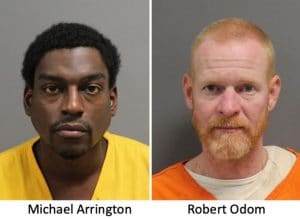