A suspect is dead as the result of an officer-involved shooting in Oxford.

According to the Oxford Police Department, the shooting occurred late Monday night after the suspect drove off while an officer attempted a traffic stop. Shortly after a pursuit, the car stopped. The suspect, who has now been identified as 38-year-old Clay Tatum, then got out of the car and ran into a home. OPD Chief Jeff McCutchen revealed that Tatum picked up a gun that he pointed at the officer before the officer fired.

An update to the critical incident that occurred on February 8th: pic.twitter.com/tAYnIlB0EM

The suspect was pronounced dead on the scene. The Mississippi Bureau of Investigations is now taking charge of the investigation. McCutchen explained that all involved officers were wearing body cams and all evidence will be reviewed. 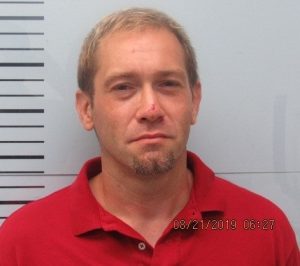